In Building Envelope Replacement, Aesthetics and Durability Sealed the Deal 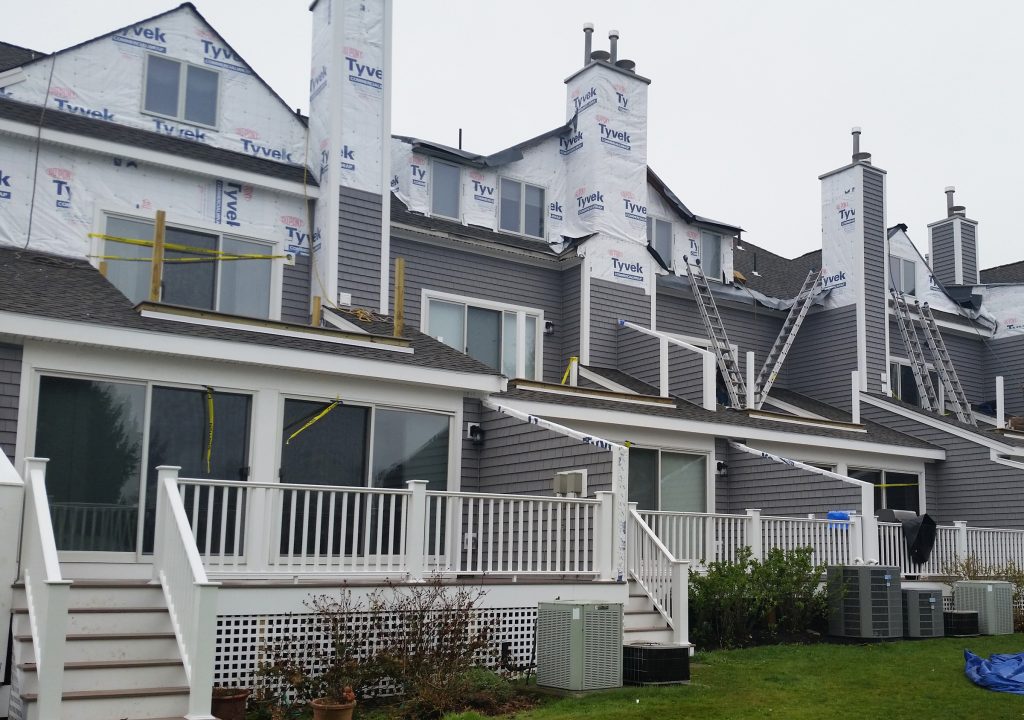 South of Boston and northwest of Cape Cod, Scituate, Mass. is a seacoast town with all the characteristics of typical New England villages. They include a picture postcard setting, access to marine recreation and exposure of buildings to damaging salty sea air. That makes Scituate a prime market for the services of Schernecker Property Services, Inc., better known as SPS. The 25-year-old Waltham, Mass. company undertakes building envelope replacements for condominium communities across New England. There exists a large stock of New England condo communities built more than 30 years ago, providing SPS with a substantial volume of business. A significant portion of these structures require careful analyses of exterior building systems. SPS typically works at behest of condominium boards concerned with protecting the investments in their homes. In dealing with a condominium board, SPS’s first step is determining whether or not the condominium building envelope has reached the end of its useful life, says company president Eric Churchill. “We’re talking about the entire exterior of the building, including the visual aspects of the sheathing and flashing materials,” he reports. “That represents the building envelope, and like any building material, it has a useful life. Envelopes last from 15 to 30 years, and at the end of that time, replacement is required.”

The company was recently called on to inspect and subsequently re-clad a Scituate property on behalf of its condominium association, Scituate Country Club. The property, consisting of five buildings and 36 residences, had not suffered the degradation of some others SPS has inspected. But having been built in 1985, it has seen its share of the erosive impact of elements over three decades. Inspection determined the building’s envelope had reached the end of its useful life, Churchill reports. In contracting for a replacement envelope, the condo association sought to give the structure, originally clad in off-gray shake, a similar look.

The property is near the coast, on the water, so the most important thing here is that our work must capture the traditional building style of that area,” Churchill says. “The expectation of the siding we install is that it has to perform. It must survive the harsh coastal conditions of that region.

Scituate Country Club condominium board and association determined its preferred replacement siding would be a product called Grayne.Introduced by Tapco in 2015, Grayne Engineered Shingle is a natural cedar replacement that can replace or complement fiber cement and engineered wood products. “Grayne provides a very authentic replacement for wood shakes,” Churchill says. “It provides an aesthetic replacement that is as close a substitute for real wood as you can get. In addition, it

“The expectation of the siding we install is that it has to perform. It must survive the harsh coastal conditions of that region.”Eric Churchill – President – Schernecker Property Services, Inc.

is expected to provide excellent performance in terms of low maintenance.” “Grayne was the choice of the customer; we didn’t have to sell them on it,” Churchill adds. “We came into a situation where the client wanted Grayne. We reviewed the product to make sure it met our expectations.” Churchill reports Scituate Country Club condo association members are “really happy with Grayne. They really like the look of the product, and the way it has gone on.” For SPS crews, the installation has gone “very smoothly,” and is “very straight forward,” Churchill says. ”There’s been minimal waste. We’ve been pleased by that.” He’s also been happy with the Tapco representatives working on the project. “They have been excellent,” Churchill says. “They’ve been very responsive. The product has been available, and they’ve been out to the project to have a look. They’ve displayed a care for this project, as opposed to just selling the product and leaving. They’ve come out frequently enough that we have been comfortable with their involvement.” As for looking to Grayne in future projects, Churchill says, “I think we are likely to use it. With the way things have gone so far, we’re happy with it. We will review and monitor it, but our expectations are that it will perform.”

“Scituate Country Club condo association members are “really happy with Grayne. They really like the look of the product, and the way it has gone on.” For SPS crews, the installation has gone “very smoothly”Eric Churchill – President – Schernecker Property Services, Inc.