Remodelers and homeowners can once again count on exterior stone and siding to provide a solid return on investment, according to Remodeling magazine’s 2019 Cost vs. Value report.

An annual survey released in January, the Cost vs. Value report provides insights into which remodeling projects deliver the highest perceived return in resale value. Manufactured stone veneer, such as Boral Versetta Stone® stone siding, continues to be a safe bet, with a 94.9% recoup of investment at the national level. Though this is a small drop from last year, manufactured stone veneer ranks second-highest in ROI, after garage doors. 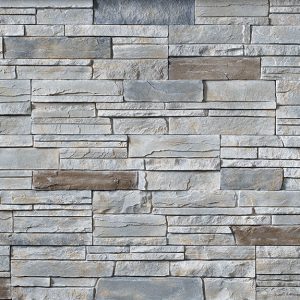 Manufactured stone veneer, such as Versetta Stone in this Ledgestone profile, offers the second-highest return on investment for remodeling projects.

As in 2018, manufactured stone veneer offered the highest returns in the Pacific region (Washington, Oregon, California, Alaska, and Hawaii), at 110.4%. Returns were also particularly high in the East South Central region (Alabama, Mississippi, Tennessee, and Kentucky), at 107.7%.

“The reason for high returns on exterior projects, and especially façade facelifts, stems from the valuations set by the real-estate community. … ‘Curb appeal’ and ‘first impressions’ are central to a real-estate professional’s estimation of resale value,” Remodeling says. “The impact these impressions make is critical in setting the stage for what a buyer is willing to pay for a home.”

What’s more, projects like kitchen and bathroom renovations tend to be  more individualized, which can mean some buyers may not like the look.

The overall percentage of investment recouped across all categories on average decreased slightly year over year. The magazine attributes the decline to the sharp increase in material costs over the summer, including those driven by tariffs.

To read more analysis and see results down to metro area, visit the Remodeling 2019 Cost vs. Value portal on Remodeling’s website.